From industrial heritage to modern artistic creation. The topic of the ‘Great Liman: Narratives of the Inherited Area’ forum held in front of the OPENS Cultural Station within this year’s Kaleidoscope of Culture, was transformation of the former Great Liman – from the space of 100-year long history of industrial and craft heritage to the future centre of contemporary artistic creation of Novi Sad.

The topic of the ‘Great Liman: Narratives of the Inherited Area’ forum held in front of the OPENS Cultural Station, was transformation of the former Great Liman – from the space of 100-year long history of industrial and craft heritage to the future centre of contemporary artistic creation of Novi Sad.

The idea of turning old, neglected and unsafe spaces into the centre of creative industries took off when Novi Sad was declared European Capital of Culture for 2021, but the numerous stakeholders’ opinions differed.

‘Through culture of dialogue and togetherness, we are introducing the long forgotten former name – Great Liman, its exciting history and heritage, instead of the neglected, unsafe zone and former pejorative and unfitting name – the so-called Chinese Quarter. Right now, we are collaborating even with the people who were strongly against this idea. We are creating a new story together – story of the new cultural-artistic production and contemporary centre of artistic creation,’ said Nemanja Milenković, CEO of the ‘Novi Sad 2021 – European Capital of Culture’ at this year’s Kaleidoscope of Culture forum.

Even during the previous years, artists expressed desire and showed initiative to build a creative and industrial district, says Petar Mirković, sculptor and painter, who has been doing creative work in his atelier, at the space of the so-called Chinese Quarter, together with his colleague Tadija Janičić for almost two decades now.

‘I think this is necessary for the city, especially at this location, with this kind of heritage and history. It’s an excellent solution which shouldn’t be missed. If they demolished this and built yet another residential block, this city really wouldn’t be able to breathe anymore. Some of the steps forward are already visible, but more time needs to pass in order for this place to fulfill its full capacity,’ said Mirković, adding that the transformation of this space into a creative district is a complex and complicated process, which Dušan Stevanović, architect, confirms by saying that the future centre of contemporary creative work will be comprised of more than 11 thousand meters, i.e. 12 objects.

‘I think it’s important to mention the two main qualities of this space – seven bigger objects which will be able to fit large audiences and organize big programmes, and smaller objects which will serve as places for creative work of both old and new artists. The experience of the stakeholders who were involved in the whole process is essential as it can contribute to the creation of a model according to which we could restore other industrial heritages in the city as well, and there’s a lot of them. It could also serve as an example to other cities,’ said Stevanović at the forum. 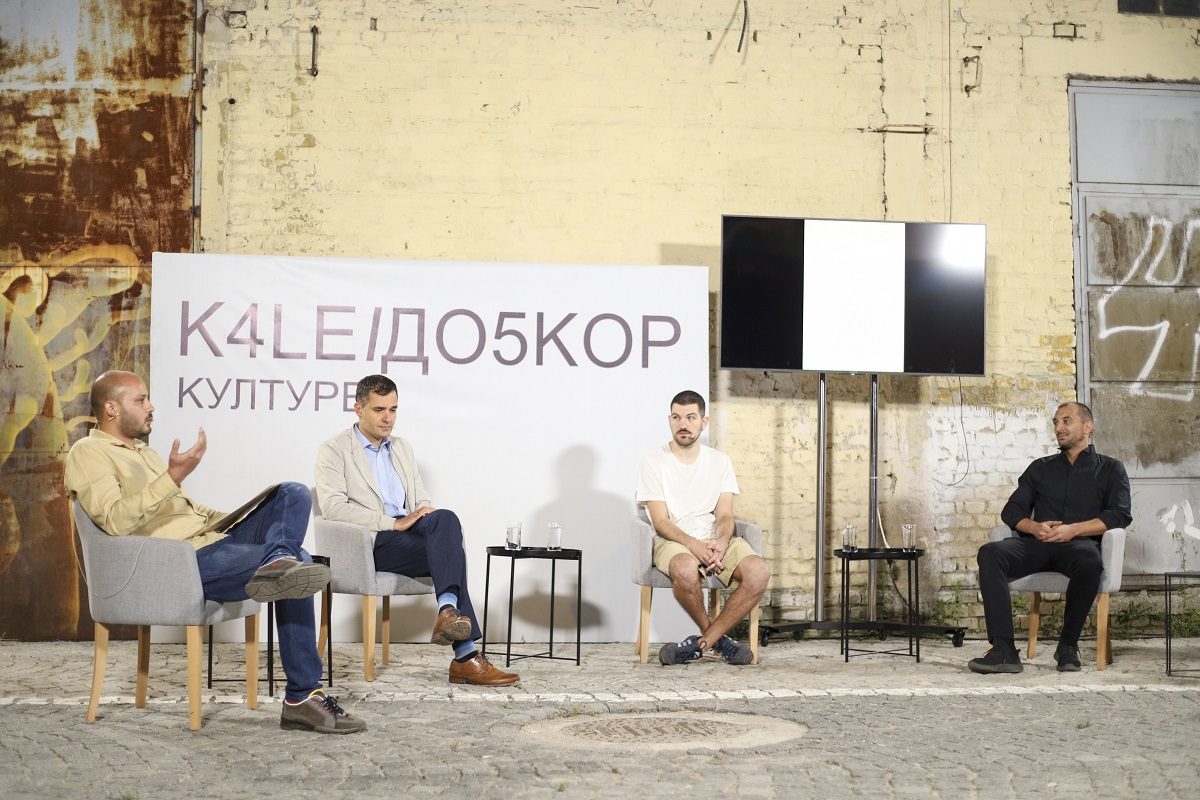 Talking about the future and new changes of an important space, its turbulent history is being overshadowed, says Aleksandar Vranić, historian of the Historical Archives of Novi Sad.

‘It seems to me we’re not fostering the culture of remembrance long enough, we’re forgetting it easily. This space was enriched with important industrial complexes. It’s exactly this industralisation that brought modernisation and urbanisation of this space and changed the image of the whole city. It’s very important to do some kind of re-identification of the place, to make something the citizens are already familiar with and can identify with, something where they can consume new contents and new model of artistic creation,’ stated Vranić.

Beginnings of this new model was seen during this year’s Kaleidoscope of Culture opening ceremony, within the artistic concept ‘Liman 5’, which emphasized merging of industrial heritage and contemporary artwork.