The second Youth Singer-Songwriter Festival 2020, of the Guitarists Association of Vojvodina, will be held in the Egység Cultural Station at 8 p.m. within week of performing arts

This year again, the festival included a competition, educational workshops for the finalists, as well as a competition of finalists, which will result in a concert that will be held on Sunday, 13 September.

Encouraged by the fact that the Novi Sad cultural scene is dominated by programmes that promote music performance, and less creativity, the Guitarists Asssociation of Vojvodina has launched an initiative to offer Novi Sad citizens a different project – the Youth Singer-Songwriter Festival. The aim of the project is to discover and promote young talented people and their songwriting creativity. 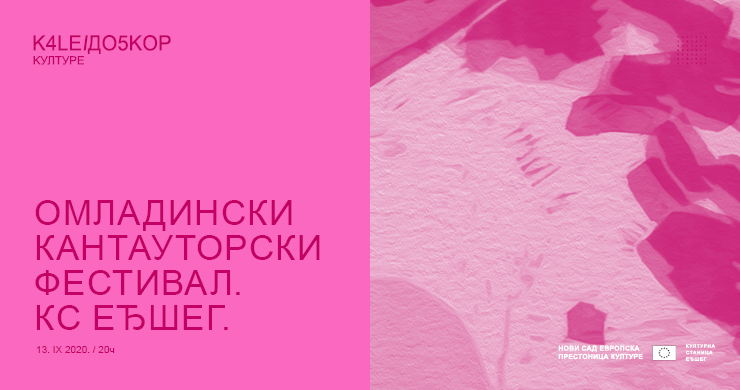 The finalists worked on their songs with the mentors, Vedran Ferizović and Svetozar Nešić, accompanied by the band whose members are also young. The competition of the finalists was held on 2 September, and the jury consisting of Marko Šelić Marčelo, Nina Romić, Olivera Popović, Nemanja Nešić and Slavko Matić decided that Ines, Natalija, Olga and Tijana will perform at the concert in the Egység Cultural Station on Sunday, 13 September.

The Guitarists Association of Vojvodina says that they are convinced that this festival will map Novi Sad as a base for young singer-songwriters from the entire region, giving the cultural offer of Novi Sad a completely different dimension.

All recommended epidemiological measures are being respected during the third Kaleidoscope of Culture. The maximum number of visitors to the events, which is currently 500 people outdoors, is controlled at all times. Visitors are required to wear protective masks at all events. The organisers ask all visitors to adhere to all measures in order to preserve their health and for better enjoyment of cultural content.