In 2022, the year in which Novi Sad proudly holds the title of European Capital of Culture, the fifth Kaleidoscope of Culture was held from 1 September to 7 October. 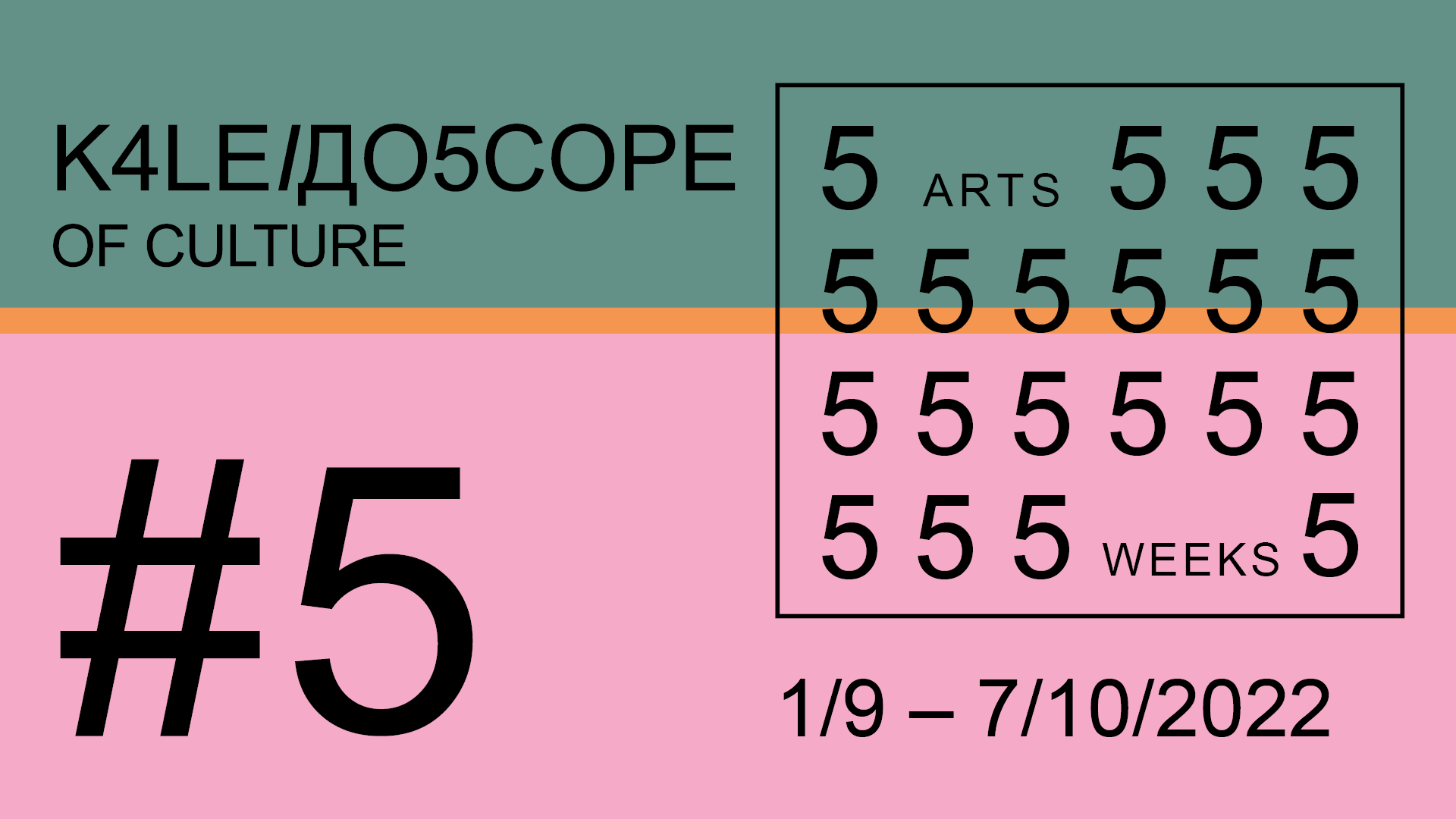 The year-long community culture project and one of the largest programme arches within the ‘Novi Sad – European Capital of Culture’ project once again presented five kinds of art over the course of five weeks. Through various processes, they brought together artists, cultural institutions, non-governmental organisations, and visitors, and at the end of the summer, they featured venues and programmes throughout the city, promoting a unique image of the Novi Sad diversity.

Artists and other participants in culture, various locations and numerous programmes painted a unique picture of the diversity of the Kaleidoscope of Culture and a new face to culture in Novi Sad.

Last year’s fourth Kaleidoscope of Culture, held between 2 September and 8 October of 2021, marked the end of summer in Novi Sad.

With eminent local, regional, and European names from the world of art, and the most relevant organisations and cultural institutions, the 2021 Kaleidoscope of Culture raised its production capacities in line with world manifestations and was visited by more than 16 thousand people during the five weeks through which different types of art alternated: architecture, literature, performance, visual and applied art. The most attended were the programmes at the four-day opening in the Creative District, as well as the traditional Korzo, a classical music concert on one of the city’s main boulevards. The Korzo audience also had the opportunity to watch the opening ceremony via the broadcast on the provincial public service – Radio-television Vojvodina, which recorded a viewership of 28,000.

At the opening, more than 40 programmes were presented at the theatre, music, and three film stages. Through seven exhibitions, eight plays, 26 films, various performances, forums, and panels of both local artists and artists coming from Austria, Croatia, Slovenia, Sweden, France and Belgium, new spaces in the Creative District were also discovered, such as the Skladište, renovated Fabrika, Gvožđara, Biro, and Liman Cultural Station.

Korzo marked the performance of world artists – violin virtuoso Stefan Milenković and maestro Aleksandar Marković, a renowned conductor with an impressive European career, in the role of chief conductor of the lavish Vojvodina Symphony Orchestra. As the biggest artistic and production venture in the week of performing arts, Korzo once again displaced classical music from concert halls and brought it closer to all fellow citizens, following the example of Paris, Vienna, London, Berlin, and other metropolises, as well as cities of the European Capital of Culture.

Thanks to Kaleidoscope of Culture and other culture brands that were established in previous years, Doček and the network of cultural stations, Novi Sad received the Award for the best European Trend Brand in the field of culture in Dresden in November 2021. As many as 110 organizations, institutions and cultural institutions from Germany, Austria, Switzerland, Belgium, Belarus, France, Israel, Lithuania, Russia, Serbia, and the Netherlands competed for the most prestigious European award in the field of culture. 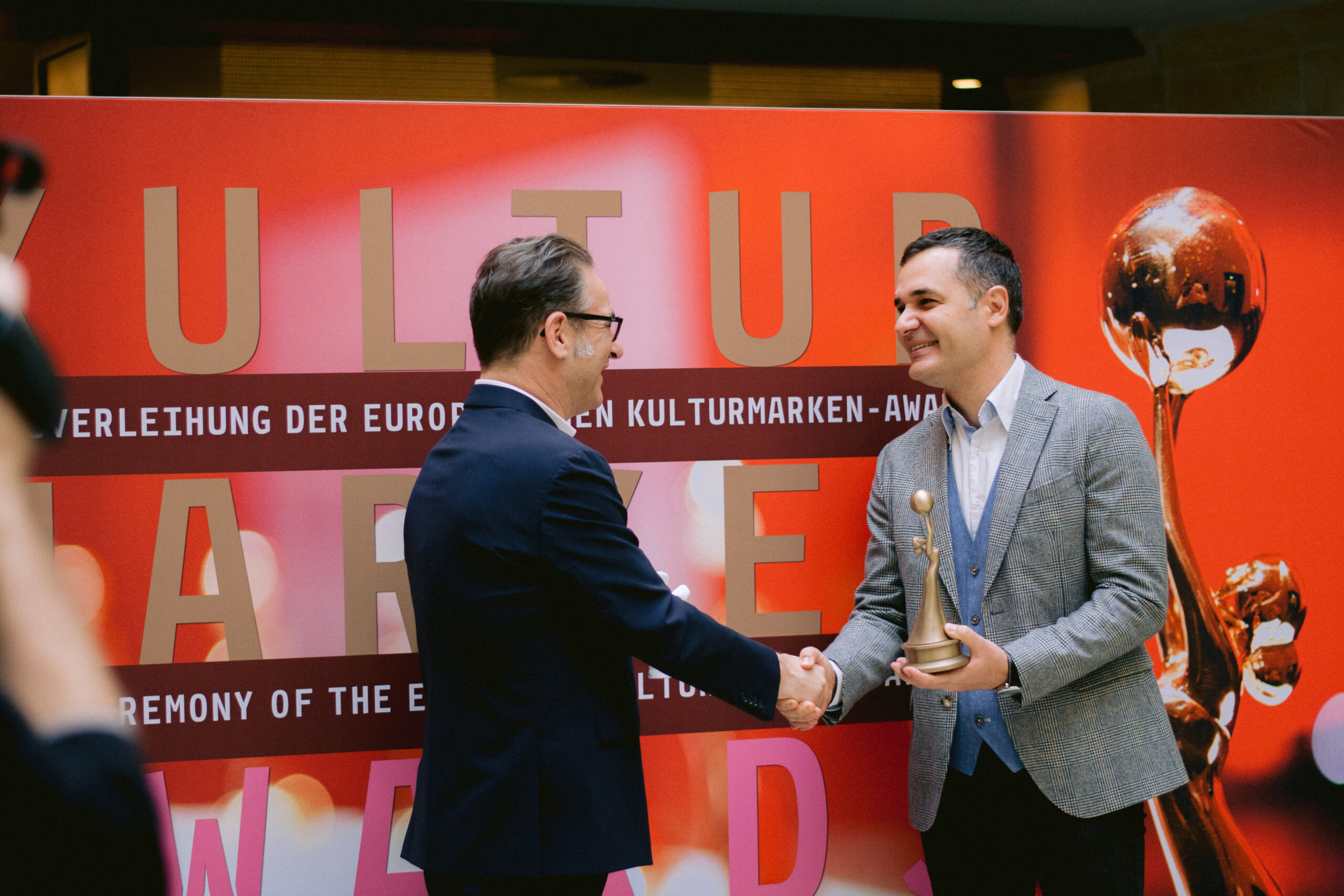 Despite the pandemic, the third Kaleidoscope of Culture, held from 4 September to 9 October 2020, managed to gather some of the most significant European names from the world of literature and design, as well as to raise the capacity of the local scene, with a new approach to content and implementation. This is confirmed by the ’Rigoletto’ opera, which was performed outdoors for the first time, with a video projection in front of the Czech Magazine, in cooperation with the oldest theatre in Serbia – the Serbian National Theatre.

Being one of the first European Capitals of Culture that started the creation and production of new online content during the pandemic, through the network of cultural stations and with local artists, Novi Sad was prepared and ready to start the Kaleidoscope of Culture, within which its diverse programmes reached 200,000 people on social media. In addition to this, programmes of Kaleidoscope of Culture were streamed on TV and radio channels of public services – Radio Television of Serbia and Radio Television of Vojvodina.

The week of visual arts opened the doors of the Gallery of Matica Srpska, one of the oldest national artistic museums in Serbia, where the audience had a rare opportunity to find about its private collections, while during the week of performing arts, Korzo, usually being held at one of the main Novi Sad boulevards, offered the audience across the world a concert of one of the best world pianist duos – LP Duo.

Within the week of applied arts, Design Pavilion in front of SPENS, the Novi Sad giant of modern architecture, marked the end of the Kaleidoscope of Culture. During the exhibition which was designed and curated by the PDP conference, more than 70 authors and copyright collectives from 26 countries who work in the field of design and applied art, presented their works. Some of them were famous Bureau Borsche, famous Studio Mut from Italy, Erich Brechbühl, winner of numerous awards, and others. 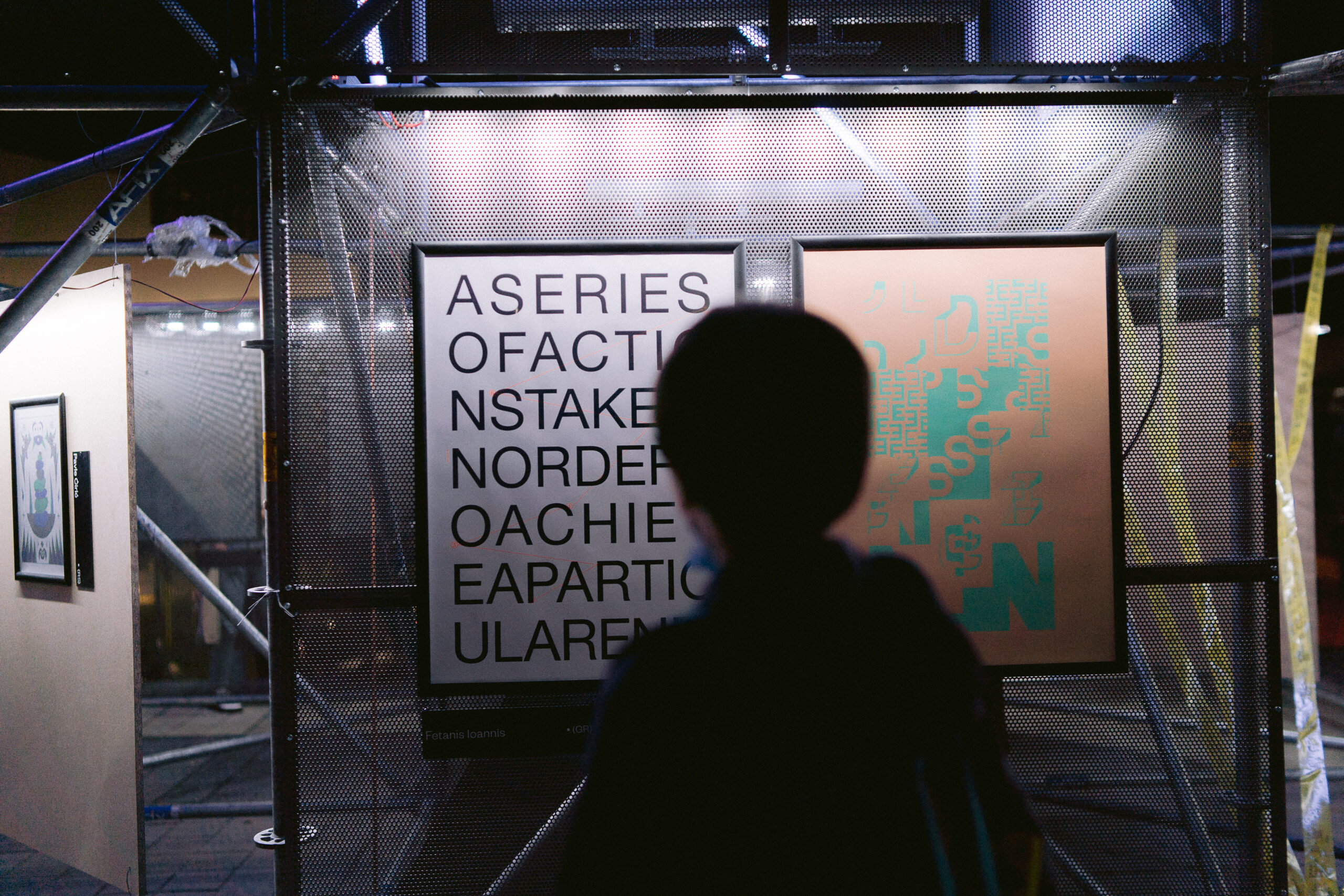 The second Kaleidoscope of Culture, held from 24 August until 30 September 2019, included 400 programmes on about 80 locations. The reveal of the ‘Q’ sculpture at the plateau in front of the Svilara Cultural Station marked its end.

The sculpture was carved out of the marble from Aranđelovac, the most known marble in this region, thanks to the cooperation with ‘Marble and Sounds’ Art Parade. Four artists, representatives of the European capitals of culture, worked on the sculpture: sculptor Luka Kulić and graphic artists Danilo Vuksanović from Serbia, sculptor Ljuba De Karina from Rijeka and painter Ciprian Hopirtean from Timișoara.

The ‘Novi Sad Gate’ raised the question of architecture at the beginning of ‘Kaleidoscope’ in the Suburbium of the Petrovaradin Fortress, which drew the attention to one of the most important infrastructural projects during the preparation of Novi Sad for 2021.

The Kaleidsocope was featured by the ‘Filmharmony’, which connected film and music, Charlie Chaplin and Zagreb Philharmonic Orchestra in the Unification Park, ‘Korzo’, a unique concert of classical music in the open, the event that closed one of the main traffic roads in Novi Sad.

The Railway Station was revived through performing and visual art, within the exhibition of Swiss design entitled ‘Swiss Style Now’, and with the performance of the winner of 14th Prague Quadrennial ‘This Building Truly Talks’, who performed eight times during three days. 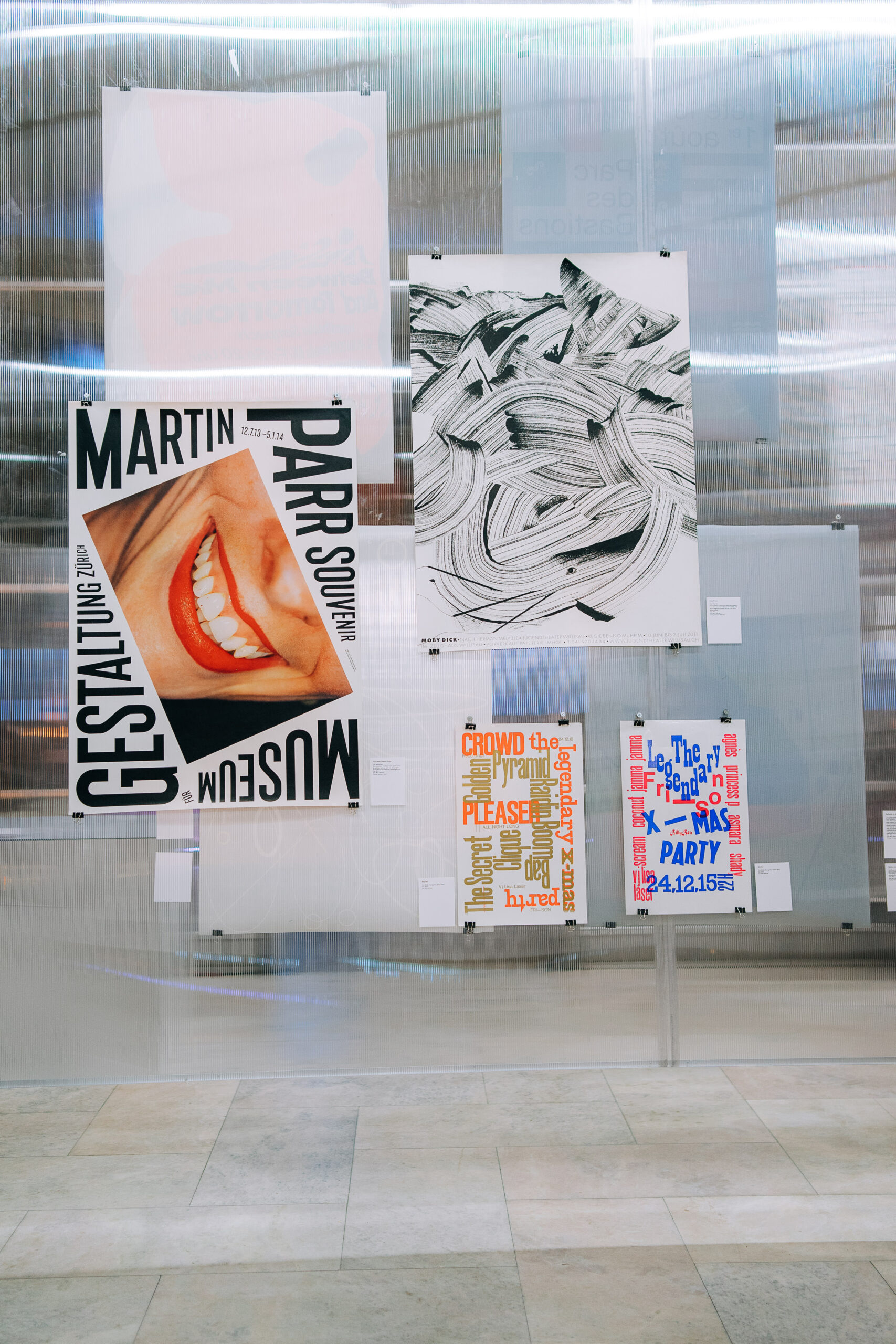 Through the first Kaleidoscope of Culture, which lasted from 25 August until 30 September 2018, more than 1.000 artists introduced themselves to citizens of Novi Sad. The opening ceremony in front of the Czech Magazine was made grander with the pianists Nada Kolundžija, the ‘Body as an Instrument’ troupe from Novi Sad, as well as famous multi-instrumentalist and singer Slobodan Trkulja with extraordinary mapping and artistic light projection.

The citizens of Novi Sad enjoyed passionate dance under the stars within the ‘Novi Sad – Tango City’ festival, classical music in the open within the ‘NEO’ Non-Classical Festival of Classical Music, the night of Russian music with beautiful performance of Elena Manistina, mezzo-soprano from the Bolshoi Theatre from Moscow and ‘TAJJ’ string quartet.

The closing ceremony featured jazz singer Lena Kovačević, the ‘Alice in WonderBand’ artistic group from Novi Sad and ‘Camerata Academica’ string quartet orchestra. As for the lovers of ‘sharper’ sound, the ‘Ultraphunk’ completed this ceremony with its electronic music during the 6-minute performance, which is based on strong rhythm spiced up with melodic bass lines and catchy melodies of synthesizer.