The ‘Great Liman: Narratives of Inherited Area’ exhibition of the PDP conference will be opened in Radionica (workshop), Menza (canteen) and Čeličana (steel factory), the area of the former Great Liman, on Friday, 4 September at 9 p.m. within gala opening of the Kaleidoscope of Culture. The exhibition focuses on the tangible and intangible heritage of the Kramer brothers factory, i.e. Petar Drapšin, which most strongly determined the identity of this area.

‘The artistic concept we have set up represents the industrial heritage that indicates what will be in this area. It shows the transformation of the narrative of this area from the period of industrial production, through craft production, to cultural production. When it comes to that last layer, i.e., what will be here, we wished to use contents that will happen at the opening as an exhibit. That is the reason why the exhibition passes through the area of the former Great Liman and leads visitors from facility to facility, where the grand opening takes place,’ points out Diana Vujaklija on behalf of the PDP conference. 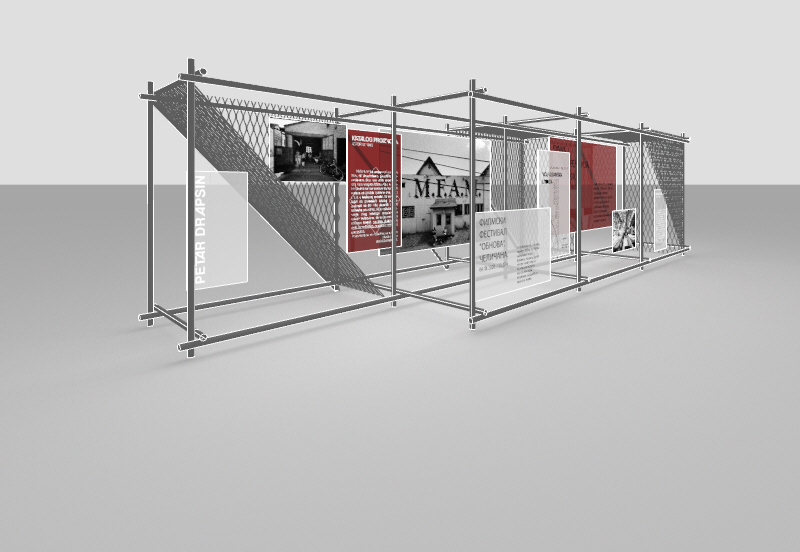 The exhibition shows the industrial past of the former Great Liman through written and pictorial archives, printed literature, photo-documentation and oral sources, focusing on the tangible and intangible heritage of the Kramer brothers factory, i.e. Petar Drapšin, which undoubtedly determined the identity of this area.

In the early 1920s, in the area of Veliki Liman, along the Danube, the Czechoslovak Ministry of Trade built a warehouse, which generated the formation of a new city industrial zone. Soon, numerous factories were built on the former swampy ground, primarily for processing metal, wood and stone, but also large warehouses, such as the State Monopoly.

After the relocation of the Petar Drapšin factory, the area began to be occupied mostly by craftsmen, as well as by youth associations and artists, who revived the abandoned factory complexes. In this period, the inherited buildings, although already ruined, were transformed into workshops of various crafts, art studios and gathering places for young people, as evidenced by the photographs of Predrag Uzelac.

After the reconstruction of the infrastructure and putting into function certain objects of rich history, this segment of the historic Great Liman will become a kind of creative district and the epicentre of the cultural production of the city of Novi Sad.

The exhibition visualizes organic changes in the purpose of historical buildings in a unique way, from their construction to what they are currently being transformed into.

The curators of the exhibition are Anica Draganić, associate professor in the field of history of architecture and preservation of architectural heritage at the Department of Architecture and Urbanism, Faculty of Technical Sciences, University of Novi Sad, and Mária Szilágyi, architectural historian and conservator, employed as an assistant with a doctorate at the Department of Architecture and urbanism of the Faculty of Technical Sciences The author of the photographs is Predrag Uzelac, while the PDP Creative Media Conference is in charge of artistic concept and design.

Archive resources were collected in the Historical Archives of the City of Novi Sad, with special thanks to Aleksandar Vranić, Nebojša Kuzmanović, PhD, director of the Archive of Vojvodina, as well as the Library of Matica Srpska.