The culture of togetherness will colour the Novi Sad Creative District this year as well, from 2 to 5 September, when the opening of the unique Kaleidoscope of Culture will be held. In addition to various exhibitions, plays, performances by artists coming from Austria, Croatia, Slovenia, Sweden, France, the audience will have a chance to enjoy ‘A Comic Strip Tour of Belgium’ exhibition, which will be opened in the Liman Cultural Station on 3 September.

From the slopes of the Ardennes to multicultural and dynamic capital, the exhibition reveals Belgium through the ninth art, which the city is known for all over the world. Stories by several generations of authors bring the important historic events, famous cities and monuments, landscapes, and cultural tradition closer to the audience. Thirty selected reproductions of comic panels will illustrate the diversity of comic albums and the authors, genres, styles, and the richness of the region.

Belgium is known in the world for its famous cities and monuments, language and cultural tradition. As a country that nurtures comics as a genre, with a large number of comic book publishers, illustrators and songwriters, Belgium has inspired many authors. 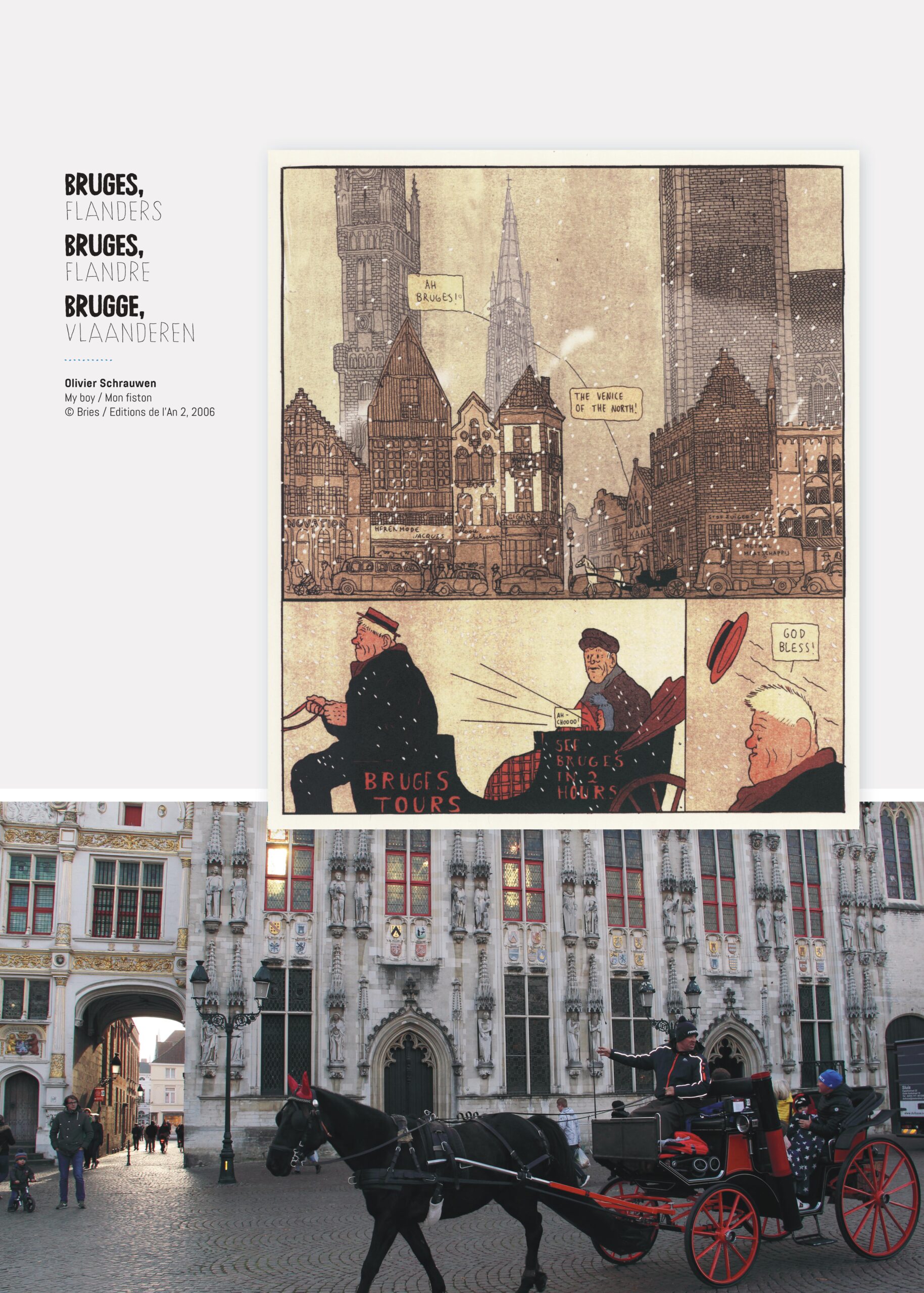 The audience will have a chance to enjoy the publications of several generations of writers and illustrators at the Kaleidoscope of Culture, such as Franquin, Didier Comès, Tibet, Servais, Merho, Marc Sleen, Olivier Shrauven or Brecht Evens, who have paid tribute to their country of origin, each one laying claim to part of its heritage.

Flanders, Wallonia and Brussels feature in the colourful images of original stories. Romantic Bruges, Malines and its cathedral, the Ardennes, the cities of Binche or Charleroi are all exquisitely represented by extremely talented authors. Brussels, the proud multicultural capital, shines forth with its Atomium, Grand Place, imposing Palais de justice and European Parliament building. The examples in the ‘A comic strip tour of Belgium’ exhibition demonstrate the dynamic of the Belgian writers and the evolution of a constantly changing art. From the original classic albums to more recent publications, we can appreciate the diversity of eras and genres and the abundance of each of the country’s three regions.

The exhibition is implemented in cooperation with the Embassy of the Kingdom of Belgium and the Wallonia-Brussels International Institute of Culture.

The four days of the opening ceremony in the Creative District, in the area of Great Liman, will be an overture to five weeks of Kaleidoscope of Culture, from 2 September until 8 October, during which, through five arts – architecture, literature, visual, applied and performing art, programmes will be presented throughout Novi Sad, giving visitors the opportunity to choose and create their own kaleidoscope of culture.

At the opening of the Kaleidoscope of Culture, the national pavilion of one of the most important European institutions for new media, Ars Electronica from Linz, where representatives of the Novi Sad Academy of Arts will exhibit, will be presented to the Novi Sad audience. Furthermore, a CGA conference that will bring together professionals in the field of computer graphics, as well as students and young artists from the Austrian St.Pölten will be held. The audience will have a chance to enjoy the ‘Obnova’ Film Festival, plays within INFANT, and numerous other contents that will be announced in the following weeks.