Films at the Kaleidoscope of Culture - Kaleidoskop kulture
Skip to content

You will have an opportunity to watch 11 foreign and local films, and a marathon of short student films from the region (Croatia, Macedonia, Bosnia and Herzegovina, Serbia), during the four days of opening of the Kaleidoscope of Culture, from 2 until 5 September, on three stages (Obnova, Kolosek, Pogon). All film screenings are being implemented within the Obnova Film Festival (en. Restoration Film Festival), symbolically in the part of the city that has been restored – Creative District, the former industrial zone of the city and the future Novi Sad centre of contemporary creative expression.

We will have a chance to see the Novi Sad premiere of the ‘Toma’ film directed by Dragan Bjelogrlić within the opening of the fourth Kaleidoscope of Culture. The ceremony begins on the Obnova stage, on 5 September at 7:30 p.m., when group of actors will walk the red carpet and greet visitors of the Novi Sad Kaleidoscope of Culture. The film screening is scheduled for 8 p.m.

During the four days of opening, in addition to the film about Toma Zdravković, the symbol of Serbian soul music, you will have an opportunity to see two films by Goran Paskaljević on 2 September – the updated version of the cult classic ‘The Elusive Summer of ‘68’ on the Obnova stage near the Czech magazine, and a film recently shot in Italy entitled ‘Despite the Fog’, on the Pogon stage (fields in front of dormitories). The film screenings start at 9 p.m.

The Friday, 3 September is reserved for eco films ‘Crna senka zelene energije’ (en. Black Shadow of the Green Energy), ‘Deca iz vode’ (en. Children from the Water) and ‘Grabljivice’ (en. Predators), that will be shown on the Pogon stage at 8, 9, and 9:30 p.m. On the same day, the ‘Kreka: Lovac na snove’ (en. Kreka: Dreamcatcher) film will be shown on the Kolosek stage, which will be followed by the discussion with Miljen Kljaković Kreka and director Slobodan Ivetić. You can see the ‘Lepota poroka’ (en. The Beauty of Vice) film, the cult classic produced by Živko Nikolić in 1986, on the Obnova stage at 9 p.m.

You will have an opportunity to enjoy the film ‘Maratonci trče počasni krug’ (en. The Marathon Family), an updated version of the legendary film by Slobodan Šijan, on the Obnova stage, on 4 September, the third day of the opening ceremony.

On the same day, the ‘Dei Leči’ documentary will be premiered on the Kolosek stage at 7 p.m., while the film ‘Filmski osmeh’ (en. Movie Smile), which was shot by the members of the cinema section of the ‘Petőfi Sándor’ Primary School from Novi Sad, on the Pogon stage at 7:30 p.m. Afterwards, there will be the screening of the film ‘Moj brat juri dinosauruse’ (en. My Brother Chases Dinosaurs) at 8 p.m. 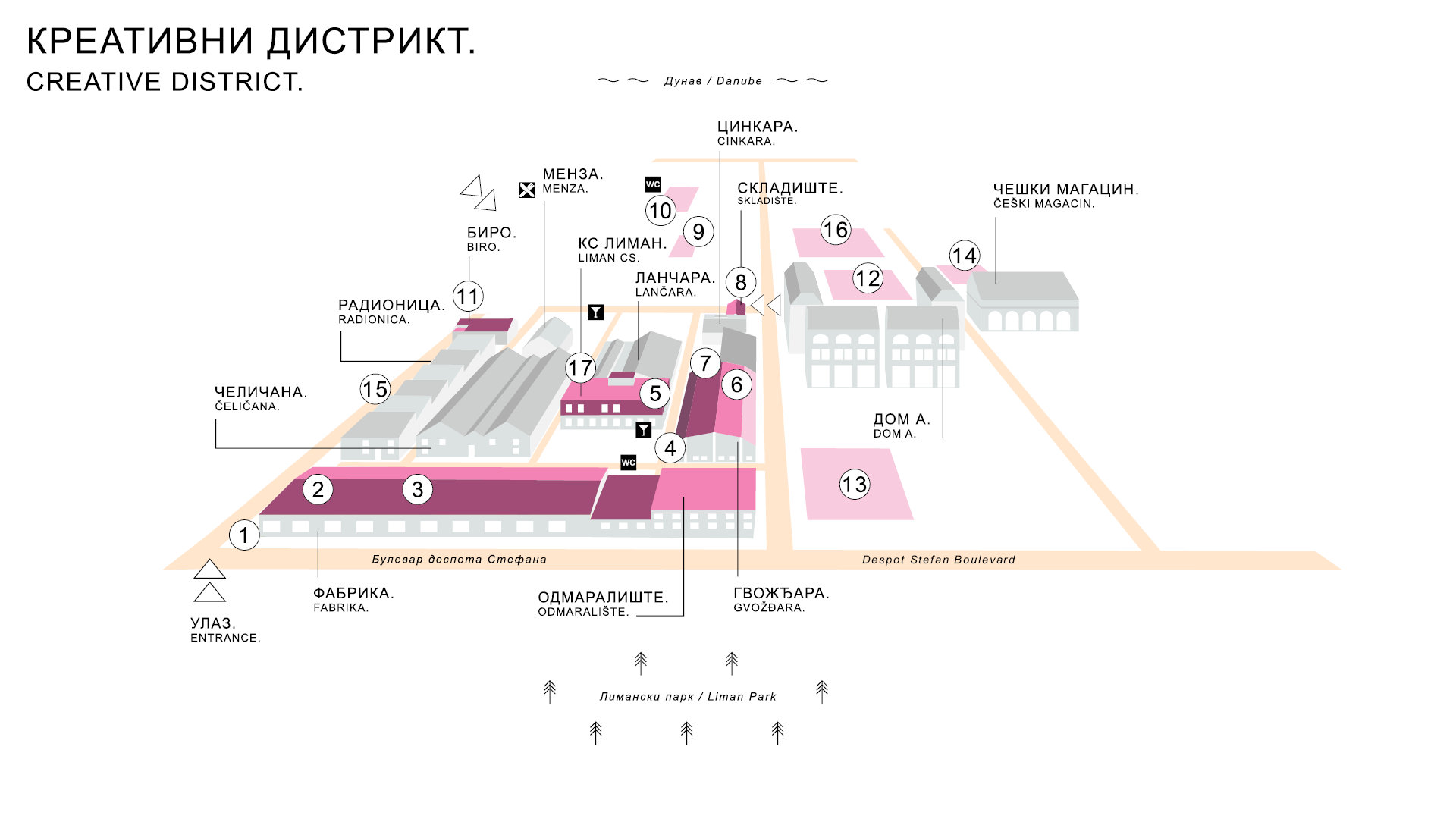 Four days of the gala opening in Creative District, at the site of Great Liman, will be an overture to the five weeks of the Kaleidoscope of Culture, form 2 September until 8 October. Within five arts – architecture, literature, visual, applied and performing arts, programme will be held across Novi Sad.