Exhibition by Izabela Mašić: Does 'Error' Depend on the Perspective and Sensibility of the Observer?
Skip to content

People became so distant from both themselves and others, the fear of showing any of their ‘weaknesses’ became so strong that instead of an honest conversation, we often chose to destructively keep to ourselves what’s been bothering us, which often has fatal outcomes.

The‘Autonomous Identities’ exhibition by Izabela Mašić, which will be held in the Svilara Cultural Station on 30 September at 6 p.m., represents a collection of recent works of this visual artist, partially created during the ‘Infitialis’ series of works (which means rejection, non-acceptance, when translated from Latin). The ‘Infitialis’ project deals with sublimation of negative emotions and acceptance of certain traumatic and unpleasant situations people encounter not only when growing up, but during adulthood as well.

‘We live in an interesting region marked by specific mentality and turbulent history. I noticed that certain segments of collective psyche of our society, influenced by the abovementioned circumstances, foster some very rigid opinions and taboos regarding thinking and reacting. By this I mean the way they perceive mental divergences and illnesses – through rejection, judgement and negation of what’s different, often stigmatising the individual as an error in the system. While growing up, I saw how depression and refusal to seek help, denying their own feelings, due to the fear of being judged, affects the person. It caused suffering and slowly fading of one’s life. I witness similar situations even today, which is insane considering the world’s progress,’ says Izabela Mašić. 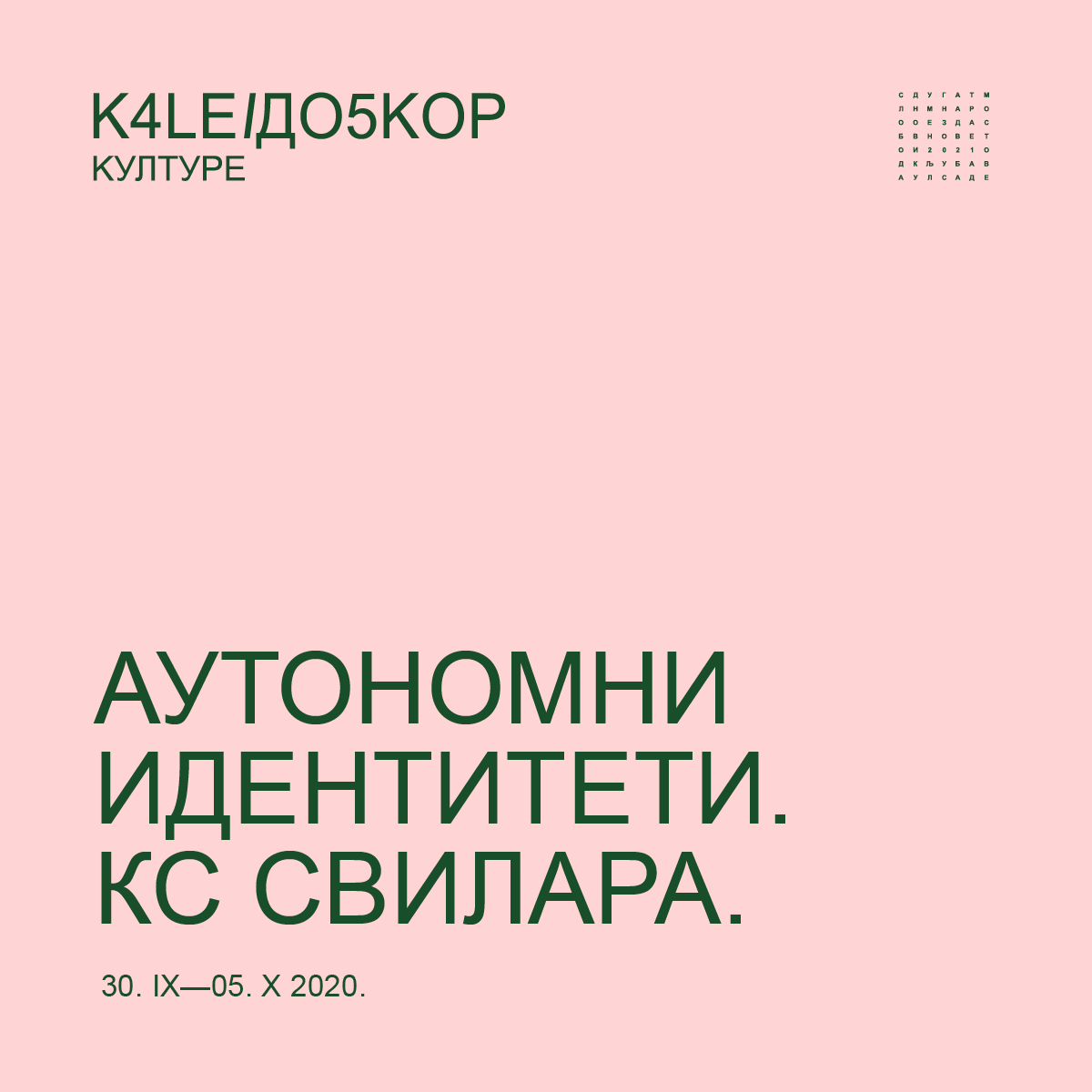 The project itself represents the next step in the research of this problem, exploring wider concept of the term ‘error’ by encompassing the question of the individual’s autonomous identity in the contemporary, fast, urban and digitalised system where the autonomy is being more and more decreased.

‘In contrast to my prior work which comprised pictures painted on canvas, the installation of this exhibition will include only digital works and GIF animations. The biggest part of the installation involves human body as leitmotif which, with its amorphousness, represents the natural state of human mind, signalising imperfection. However, the bodies in these works are modified so as to being almost unrecognisable with their clear geometric forms stemming from the ‘digital world’. Being created as a glitch in the code and metaphorically in respect to their location, with their clearness and sharpness, they point out to the potential source of the error,’ explains Mašić and adds:

‘Thanks to the cooperation and consultation with the artist Nkola Radosavljević, PhD, who is at the same time the curator within this project, I managed to implement brand new ideas and got a new perspective on the understanding of my own work. I tried different techniques of making glitch happen. I used various technique programmes, turned image into sound and sound into image, directly intervened in the works themselves and came to different visual solutions which then I again adjusted to my personal aesthetic feeling. Interestingly, I noticed the paradox of glitch. The glitch itself happens intentionally, which then raises the question – does ‘error’ in this aspect of the work depend only on the way of looking at it and on the sensibility of the observer.’

Besides extreme sensuousness present in these works, there’s also theoretisation of graphical, border fine arts practices done within the exploration of digital picture. Therefore, the project is highly important for the artist herself because there’s still little research on this topic within the academic educational artistic institutions in the region. The research represents a step forward when compared to the traditional way of creating.

‘This project will show my works in a different light. During the exhibition, the audience will have an opportunity to experience the scopes of contemporary creative practice in a completely different way. This symbiosis dictates a new fine art language which presents itself as a new poetic structure connecting scientific, technological and artistic references. The aim of the project is education and presentation of new media artistic graphic and fine art practices which come together into one substantial whole. In addition to being hardly present, they’re also theoretically unexplored in the domain of gallery spaces and cultural institutions, putting what is normal across the world, into the background,’ stresses Mašić and adds that the result of this project is an open dialogue on the topic of young artists and authors in the country, who explore and follow artistic movements in the world, and who’ll then leave behind the precious and important works of art as part of heritage to their country.

‘The importance of collaboration between artists of close generations, mainly artist-curator relationships, is also emphasised with this project. A dialogue on the importance of institutional cooperation and making the neglected ideological and moral values within a society more visible, which directly affects the individual, is initiated as well.’

Izabela Mašić believes that Novi Sad and Serbia in general have excellent artists and rich cultural and artistic scene which, in spite of difficult conditions for artistic creation, manage to exist and develop. As a member of Novi Sad scene, she strives to contribute to its excellency through supporting her colleagues and creating works of art herself.

‘With mutual collaboration and support, we have a chance to both improve ourselves as individuals and to change the conditions in which we work, and which are often made even more difficult due to the financial deficiencies. Most of the artists today, after graduating, don’t have good working conditions and are forced to improvise, which is a big problem and can stop the development process of the scene. I think my role is to be an active member of this society, but also, as an artist, to initiate dialogues with regard to our needs, to point to certain problems and potential solutions so as to better and develop the local scene. The European Capital of Culture title is a challenging task with a lot of obstacles and hardships. However, Novi Sad shows initiative and has a lot of potential. The changes are visible and this title represents a good stepping stone for a faster progress.’