The upcoming Kaleidoscope of Culture, which will be held from 2 September until 8 October 2021 in Novi Sad, will join forces with the most prestigious European institution for development and experiments in the field of transmedia art and new art media, Ars Electronica. On that occasion, the call for the exhibition at the Ars Electronica pavilion in the Creative District on the Great Liman was held, and the winning solution ‘Garden’ was given by the Academy of Arts in Novi Sad.

The team of the Academy of Arts and their project provided, in the opinion of the jury, the best solution for the national pavilion that will be implemented during the Kaleidoscope of Culture in the building 11 of the Creative District. The team: Konstantin Đuričković, Jelena Gajinović, Aleksandar Danguzov and Edvard Winters, along with the project manager, Goran Despotovski, PhD, full professor at the Academy of Arts, proposed the conceptual solution ‘Garden’, as part of the existing project of the Academy of Arts called ‘Differences’.

‘Differences’ is the project of the Academy of Arts that has existed since 2005 and which grew out of the idea of introducing extracurricular activities in which students and professors of the Department of Fine Arts of the Academy of Arts in Novi Sad explore in the field of artistic and creative activities. The implementation of the project takes place every year, actively through discussions and exhibitions of engaged professors and student participants. All participants can express themselves through practical works and theoretical content that include contemporary artistic practice.

The project is open to creative encounters of different artistic, social, and political forms of expression in order to explore the areas of social, economic, cultural and political value of differences. The significance of the ‘Differences’ project is based on a kind of unification of all artistic fields and the participation of all three departments of the Academy of Arts and their mutual interaction. 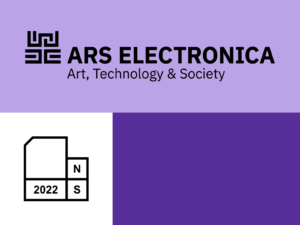 The decision was made by the jury composed of: Sanja Kojić Mladenov, PhD, art historian – president of the jury, Stanislav Drča, master artist of new art media and Dobrivoje Erić, art historian.

The winning solution was chosen on the basis of the criteria of interdisciplinarity and transmediality in the elaboration of works and the representation of contemporary artistic practices and new forms of expression; originality, uniqueness and creativity in the conceptual design; economy, rationality and feasibility, and a successful response to the given topic of Ars Electronica – ‘A New Digital Deal’. Ars Electronica confirmed its participation and partnership with the ‘Novi Sad – European Capital of Culture’ project in the title year, 2022.