The just-completed evaluation by the independent team of evaluators of the Faculty of Philosophy and Faculty of Sciences of the University of Novi Sad showed that the Kaleidoscope of Culture keeps getting better ratings from audiences each year.

The fourth Kaleidoscope of Culture was held in Novi Sad from 2 September to 8 October, with the independent team of evaluators surveying the visitors whose compliments, suggestions and comments represent the main guidelines as to how to format and implement the entire event next year.

The last analysis shows that these guidelines are precisely what caused this year’s Kaleidoscope of Culture’s programme, events and organisational elements to be better adapted for different sexes, ages and educational categories in comparison to the last three years, pointing to the improvement organization-wise and a higher level of quality of events. 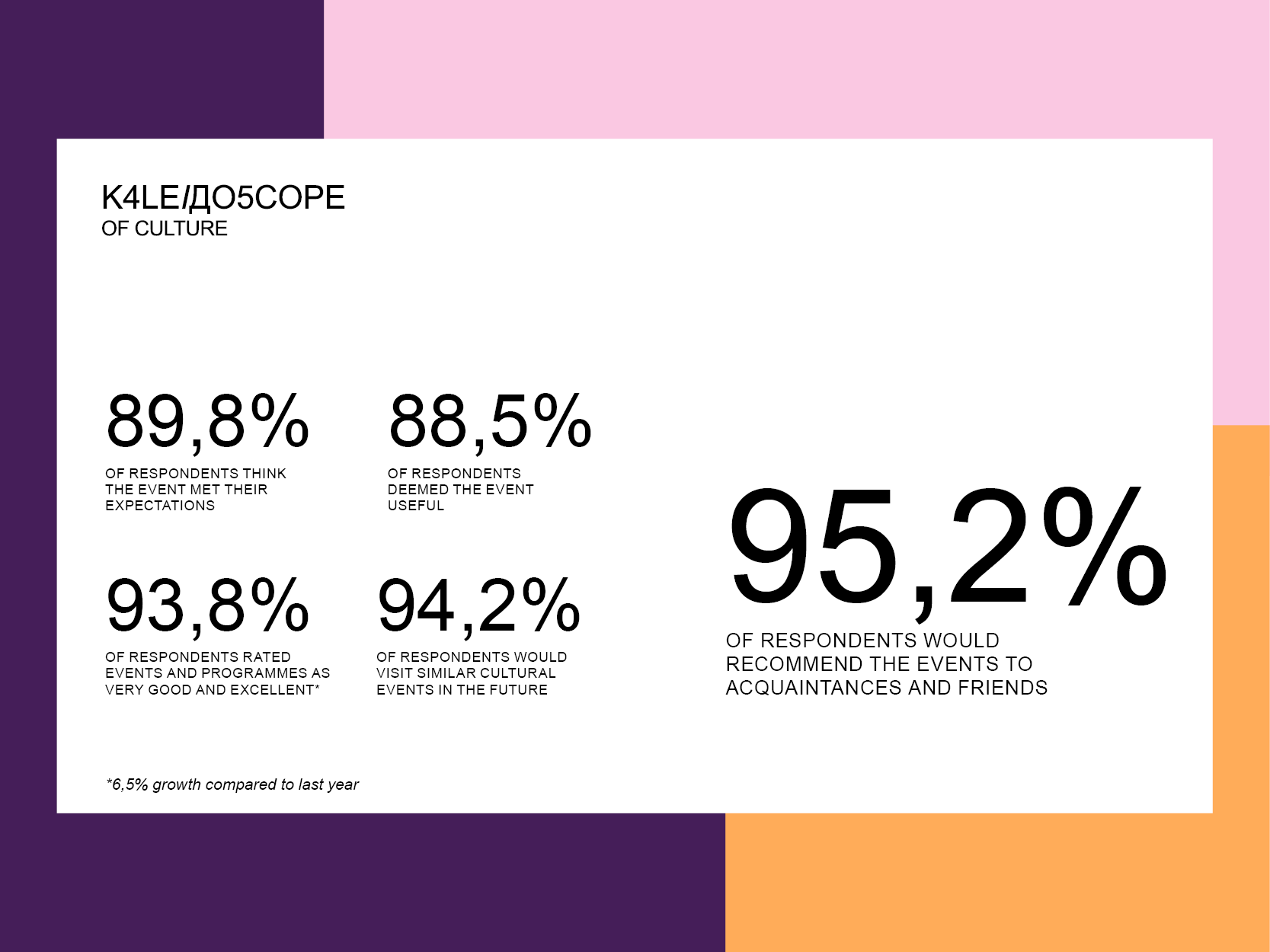 Familiarizing with the audience of cultural events and programmes within the Kaleidoscope of Culture was done by surveying 435 visitors across seven events of different types.

It is estimated that this year’s Kaleidoscope of Culture, which has been raising capacities production-wise on the model of major world events for four years now, along with eminent local, regional and European artists and the most relevant organisations and cultural institutions, was visited by more than 16 thousand people during the five weeks encompassing five forms of art: architecture, literature, performing, visual and applied arts. The most visited was the programme of the four-day opening in Creative District, as well as the traditional Korzo, a concert of classical music on one of the city’s main boulevards, which was marked by the performance of renowned artists – violinist Stefan Milenković and conductor Aleksandar Marković. The audience had the chance of viewing the opening ceremony and Korzo live on the Public Broadcasting Service of Vojvodina – Radio Television of Vojvodina, with 28 thousand viewers watching.

Based on the culture of togetherness, the Kaleidoscope of Culture as a year-long project has been joining institutions, organisations, artists, citizens and other partners crucial for the realization, thus, there were more than 20 partners this year, including the U.S. Embassy, Embassy of Slovenia, Embassy of Poland, Embassy of Belgium, Ars Electronica, French Institute in Serbia, EUNIC cluster, Academy of Arts in Novi Sad, Goethe Institute, DDOR Insurance and others, as well as more than 40 media partners.