Aleksandar Gatalica: When I Write a Novel, I Act Like a Musician Writing a Symphony - and that Makes Me Different From My Colleagues - Kaleidoskop kulture
Skip to content

‘Serious artists think seriously about strong emotions, frivolous ones use them as bad magicians’ Aleksandar Gatalica

Sunday Morning, within the Kaleidoscope of Culture, was reserved for the unusual mix of music and literature. Aleksandar Gatalica, a writer, and Marko Miletić, a cellist and professor at the Academy of Arts, spoke on this subject. The conversation was led by Vladimir Gvozden, PhD, professor at the Department of Comparative Literature at the Faculty of Philosophy, and the audience could follow this interesting conversation via The Kaleidoscope of Culture and Novi Sad 2021 Facebook pages and, while visitors to the Najlon market could follow the conversation live on Sunday morning, 20 September. 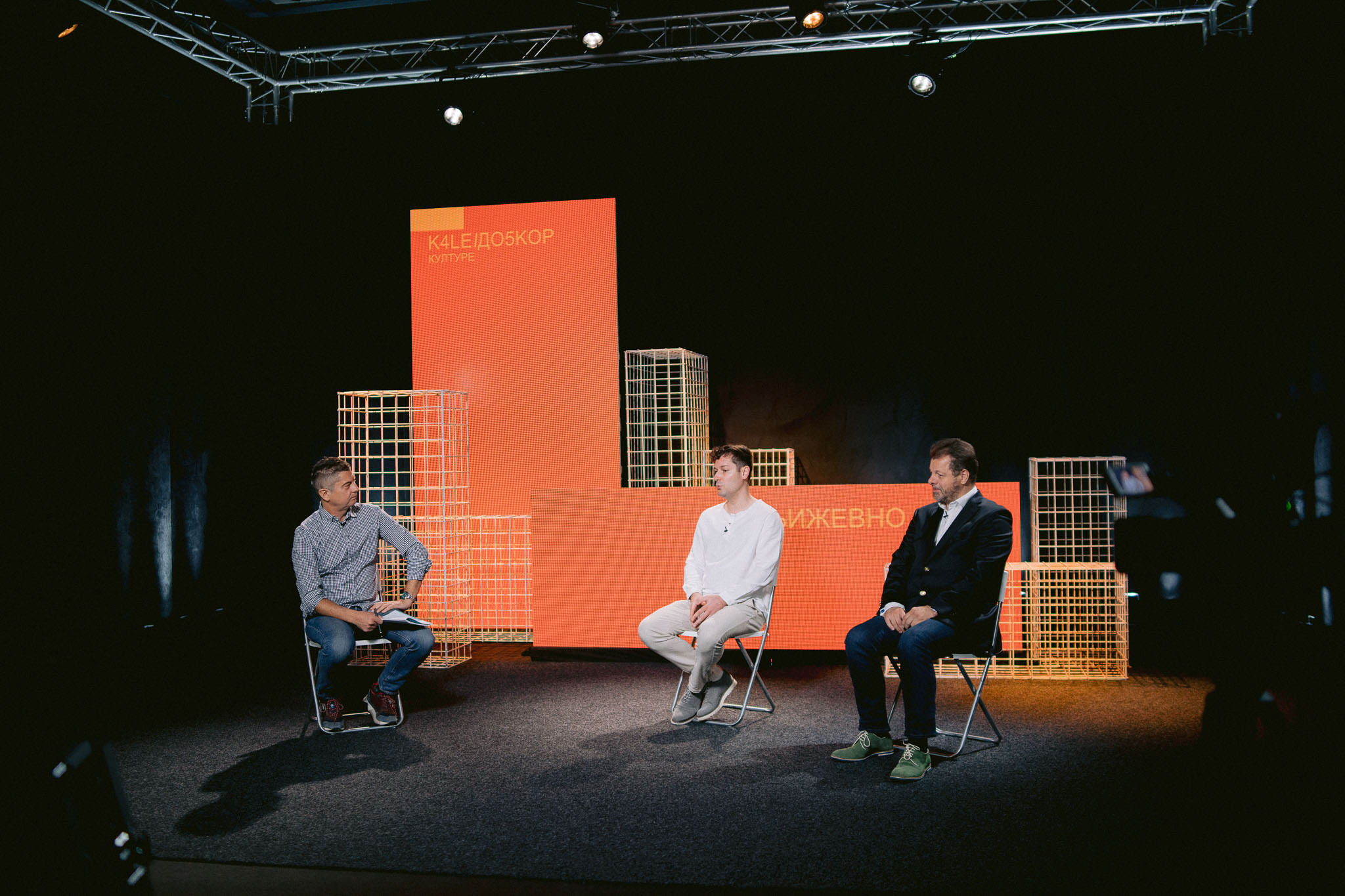 Aleksandar Gatalica, the Serbian writer, translator from the ancient Greek language and music critic, has published 11 books so far, and for ‘The Great War’ he received the NIN award in 2012. His prose has been translated into ten European languages and published in all literary magazines in the former Yugoslavia and Serbia.

But writing was not his only passion. His interest in music began in early childhood, he finished primary and secondary music school in the accordion department, and as he says, his fondest memories are when working for Novosti newspapers where he worked as a music critic. He wrote a dozen music reviews for Aleksandar Madžar, and according to his words, that time was fascinating and never happened again.

‘Three out of those dozen reviews, were victorious, three or four were a complete failure, while three or four were somewhere in between. In three years, his concerts were the concerts of the year. He was never angry with me, he is the kind of artist who is endowed with a genius that did not always find a way to good performances because he did not choose the compositions in the best way. He was often a victim of his genius, but when he used his head, he was definitely our Chopin. And he will always be our Chopin,’ Gatalica remembers the time when he worked as a music critic and adds:

‘A critic must know how to say no. If he keeps saying yes, that’s not criticism.’

He also believes that there is a great similarity between literature and music, and if we look at the novel, which is a very complex form, it is very similar to a sonata or symphony.

‘It’s like when I read a novel – in the same way I listen carefully to a sonata, following the themes, following the body part, following the replay. When I write a novel, I act like a musician who writes a symphony, that’s what I learned. It differs me from the colleagues, thus my novels are different too. These are different levels that must fit. First the level of motive, the level of something that could be a melody, the whole theme and then the whole movement with two or three themes. I think that I learned on time from great writers, and even more from great composers. After all, I would find parallels in the modulation of tonality in music with the modulation of different voices, with the fact that writer no longer sits sublime but descends among his heroes and channeling their existence into the novel with different voices, tones, comic, lyrical, tragic,’ explains Gatalica.

He says that popular culture has always existed, both in literature and music, and it will always exist; but it is not that dangerous as it is when people who have mastered the quick emotions of their audience start abusing it.

‘It can be seen more in our literature than in music, but is also exists in music. These are the so-called love novels that deal with the death of children, with cancer in the terminal phase, mixed with fateful love. This is very dangerous. Because the audience is forced to strong and very divided emotions, because there are such cases in life. It starts as a chronicle from the youth, and then it is actually a very serious abuse of readers’ emotions. We have to understand that we are the ones who operate on people’s emotions. We are a kind of doctor, and we can be a kind of poisoner. Every medicine is a poison at the same time. I think these are the most dangerous. They manipulate with stories that make people have difficult and painful emotions, they count on an audience that has similar situations in life. I can tell you what I do with such books, I throw them against the wall. That is the right reaction, that is the reaction of all of us writers who want to talk to our audience. For example, in the ‘Great War’, you have a lot of atrocities, abuse, and, as a writer who thinks in pictures, I am constantly thinking about how far I can go in the feelings of my audience’ and adds:

‘Serious artists think seriously about strong emotions, frivolous ones use them as bad magicians. For example, children are the large and serious object of art. Children should not suffer so much, it causes anger. Anger provokes the reaction of throwing a book against a wall.’ 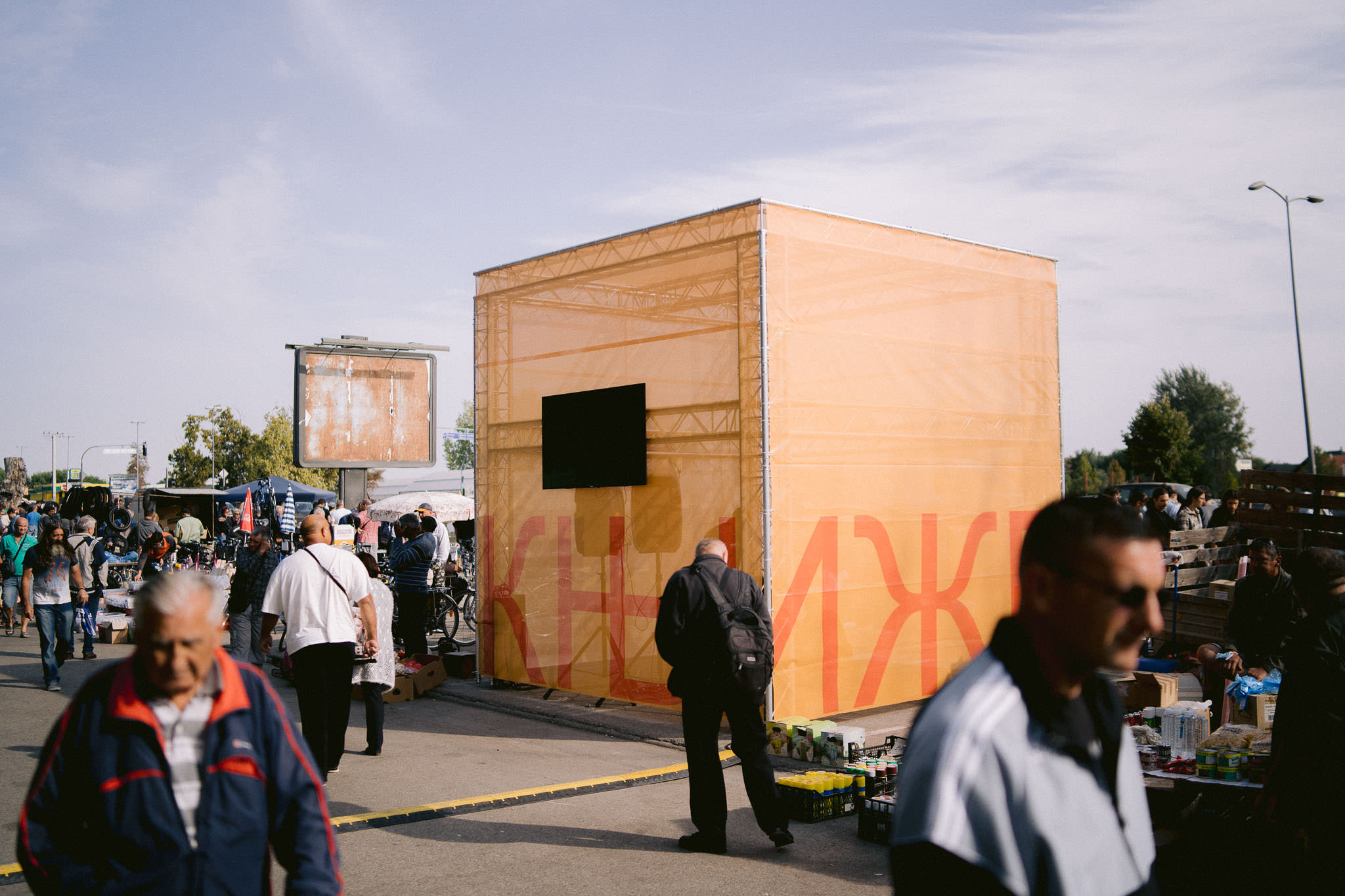 When asked how he perceives the concept of the European Capital of Culture, Gatalica says that he had the opportunity to stay in several cities that took the title, and he believes that the title brings a new potential and energy.

‘It is one of the concepts that brings together artists of different orientations, different arts. We all need that common fluid to hear each other, to see what is happening in other arts, to enrich our experiences somewhere,’ says Gatalica, but also adds that these circumstances that came upon the world ‘surprised’ the culture and that our future is really uncertain:

‘The biggest problem of today is that we don’t know what will happen to us in two or three years. We who have the experience of living in some other times, still project for two or three years ahead, but the younger generations, who are the peers of this century, are used to living from today to tomorrow, without any roots in anything. I think that this pandemic cannot be viewed as a flood, it cannot be viewed as an earthquake, it is the result of multiple people’s negligence, multiple unreadiness for this situation,’ Gatalica concludes.